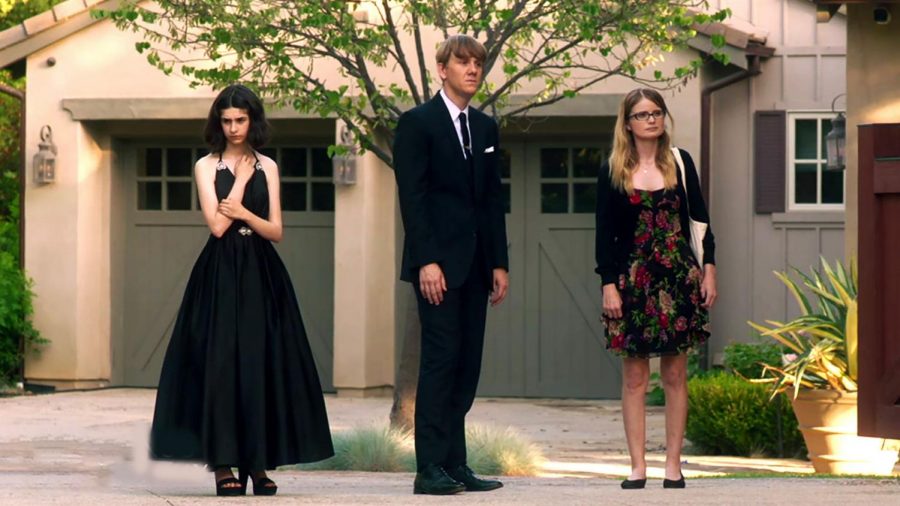 The Freeform network recently released their new show Everything’s Gonna Be Okay to audiences across the country. The show, created by Josh Thomas, centers around a single father, his 20-something-year-old son, Nicholas, and his two teenage daughters, Matilda and Genevieve. In the trailer and the first episode, the father reveals to Nicholas that he has terminal cancer. Nicholas, who lives in Australia with his mother and visits his father in the U.S. every year, decides to assume guardianship over his two sisters.

The show is both hilarious and depressing. In the first episode *spoiler* Nicholas’ father dies, immediately leaving Nicholas responsible for his sisters. The second half of the first episode focuses on the funeral and follows the turmoil that each child faces.

A focal point of the show involves the quirky characteristics of each character. Nicholas, an openly gay character, adds humor to the show with his jokes and flamboyant personality. In the first half of the episode, Nicholas accidentally invites a hookup over to his house while his dad shares with him the news of his cancer. Additionally, Nicholas is very open with his father about his sexuality, and his father awkwardly discloses his diagnosis to Nicholas’ hookup.

Nicholas’ two sisters, Matilda and Genevieve, add to an even more interesting household dynamic. Matilda has autism, and reveals her disapproval for Nicholas’ guardianship role. The show also highlights how Matilda navigates the challenges of high school. The other sister, Genevieve, is the black-sheep of the family and suffers from the death of her father. We later find out that she involves herself with a popular clique at school but only does this for the higher social status.

The three siblings develop a closer relationship after their fathers’ death. Since Nicholas is now their guardian, they have to form a new kind of family dynamic. I’ve only seen the first episode, but I can imagine that there will be complications and challenges for Nicholas. He never had hard responsibilities, and now he has to parent his two sisters.

Overall, the show’s plot and filmography are impressive. I appreciate the various emotions it generates.Everything’s Gonna Be Okay reminds me of Netflix’s The Politcian or Fox’s Glee. Each show dramatically shifts in tone, but it works to keep audiences engaged and wanting more episodes. Additionally, Nicholas’ character adds some positive-queer energy that more shows need. His character pushes the box of traditionally gay characters—his whole life doesn’t center around his sexuality, yet the show is very open about it as he navigates his own identity and relationships.

Everything’s Gonna Be Okay adds some freshness to cable television. Often, I see commercials for shows that seem repeated, boring and lacks purpose. However, Everything’s Gonna Be Okay has the uniqueness and excellent writing that today’s cable lacks. Additionally, The show is also available on Hulu, which is where I watch it. If you’re looking for a worthwhile show, I promise this is the show for you.