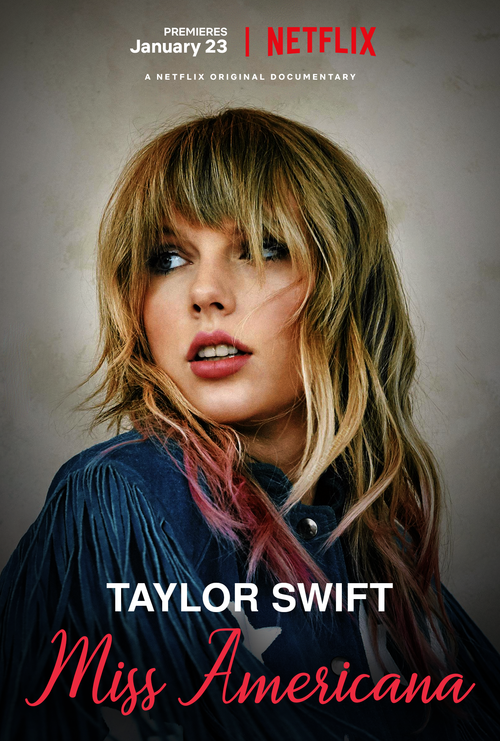 Taylor Swift’s new documentary Miss Americana highlights the pop singers decade-long career through her many accomplishments and struggles in the spotlight.

Netflix released the documentary on Friday, Jan. 31 and it has since been rated a 92 percent by Rotten Tomatoes. According to French producer Stephane Celeier via Twitter, Miss Americana is the “highest rated Netflix biography documentary by an artist in IMDB history.”

The documentary opens with Swift’s conclusion of her Reputation tour—one of the highest grossing tours in history. After her last show, Swift shows a mix of emotions but states that she is the happiest she has ever been. From there, Miss Americana delves into Swift’s early career. At 14, she signed with Sony Records and released her first Top-40 hit “Tim Migraw” at the age of 16. I always remembered Swift as famous, but I never realized how quickly her music circulated after its initial release. The documentary shows various news coverage of Swift’s early career, and Barbra Walters announced that Swift’s self-titled debut album became the highest selling album released by a 16-year-old. Her early success proved to be rewarding as she became a household name across the U.S.

The documentary transitions into Swift’s career from 2007-2009 and shows her success at award shows. Then, Swift talks about a historic moment in pop-history: the interruption of her 2009 MTV Video of the Year speech by Kanye West. Most people remember this moment—Swift beat Beyoncé’s “Single Ladies” for video of the year, West walked on stage, grabbed the microphone from Swift as she made her speech and proceeded to say that Beyoncé deserved the award. The video/accompanying images showed Swift’s startled reaction as she stood frozen on the stage. Swift then talked about that night and said it was a traumatic moment. The audience booed West when he spoke, but Swift thought that the audience booed at her, therefore she thought that people did not like her or her music. People have various opinions about this event, but those that watch the documentary see the pain that it caused Swift in her early career.

After her early success, Swift decided to transition away from country-pop to mainstream pop music. In 2014, she released her most successful album at the time, 1989, and the documentary featured various news reports that Swift became the “face of pop music today.” Video footage featured snippets from her successful tour, and Swift seemed to be on the top of the world.

In 2015, Swift’s career started to turn into a negative light. The documentary transitions from her career success to her constant media spotlight. In five years, she dated many high-profile celebrities, and the media portrayed her poorly. Everyone stopped focusing on her music and instead trolled her for her number of relationship partners. Additionally, paparazzi became obsessed with Swift’s appearance and commented on her weight non-stop. Swift admitted in the documentary that she developed an eating disorder early in her career, and she said she felt like she would “pass out at the end of every show” during her 1989 tour.

Then, the documentary highlighted Swift’s last public appearance for almost two years. West released his song “Famous” in 2016 where he sings about making Swift famous. Everyone on Twitter remembers this moment. Taylor denied giving West permission to write the lyric, and West’s wife, Kim Kardashian West, posted a video on Twitter of West asking Swift for her permission to write the lyric in his song. Drama spewed all over Twitter, prompting the famous #TaylorSwiftisOverParty. Swift reflected on this period of her career as an ultimate low-blow, and she decided to hide from the public. Then, in 2017 she had her big comeback—the album Reputation. Swift talked about the development of her successful album and how she planned to rise above her haters.

My favorite part of Miss Americana featured Swift’s role in U.S. political discussions. In 2018, Swift decided to voice her political opinions in support of the “swing left” campaign in Congress. She backed Democratic candidates that ran against the Republican-incumbent Tennessee senator. Swift explained that her management team did not support her decision to back the Democrats, but she said she could not keep to herself anymore. Following this scene, Swift reflected on her work with LGBTQ rights—her promotion of the Equality Act, and her famous music video for “You Need to Calm Down” that featured a whole queer-inclusive cast.

Overall, Miss Americana received the praise it deserved. I know people who were not fans of Swift, but they watched the documentary and respected her as a person and musician. The documentary perfectly summed Swift’s decade-long career, and it made me excited for her next ten years in the music business.