Let’s Get Reel: To All the Boys: P.S. I Still Love You 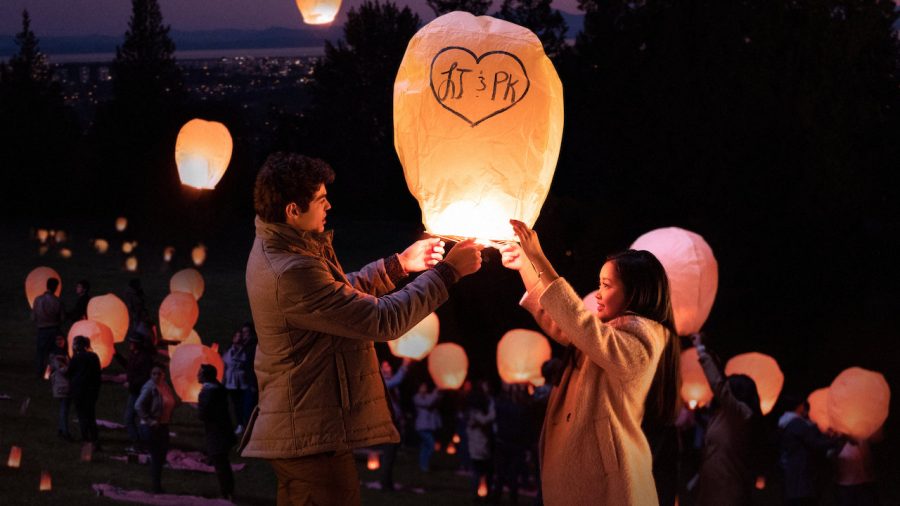 After the initial release of To All the Boys I’ve Loved Before, I was interested in how Netflix would continue the saga that was Lara Jean (Lana Condor) and Peter (Noah Centineo). Even though the movies are both based on books, I know that often times directors take their own creative license when turning a novel into a film and to a certain extent I hope that the books are not exactly like the movies.

Even though it is a classic teen romance, To All the Boys: P.S. I Still Love You made me very disillusioned with Peter as a boyfriend. Unlike To All the Boys I’ve Loved Before, the sequel does not focus on Lara Jean and her sisters (an aspect of the first movie I really loved). Instead, it is all about Lara Jean deciding between two potential love interests: Peter and John Ambrose (Jordan Fisher). In the first movie, it shows that Lara Jean wrote a handful of letters to boys she had been infatuated with as a young girl and while Peter and Lara Jean’s relationship sparked due to his letter, he was not the only one who was flattered by her kind words.

John Ambrose, who Lara Jean and Peter haven’t seen since middle school, ends up volunteering at the same senior center as Lara Jean (what a crazy coincidence!) and he reaches out to her about her letter. At the same time, Lara Jean is becoming fed up with her lackluster relationship with Peter—which includes him ripping off a famous poem and admitting that he was waiting for Gen (Emilija Baranac) in the hot tub the night he and Lara Jean had their first real kiss.

Throughout the movie there is a stark contrast between the sweet, thoughtful John Ambrose and the moody Peter. Eventually, everything boils over when Peter realizes Lara Jean may be interested in John Ambrose and Lara Jean’s best friend shows her a photo of Peter and Gen hugging. At this climax, there is about 30 minutes of the movie dedicated to Lara Jean and Peter after their break-up and neither of them seems as though they can cope without each other. As sickly sweet as it is to see Peter longing after Lara Jean, I was still rooting for Lara Jean to date John Ambrose at the end of the movie because he had been treating her more like a girlfriend than Peter had.

I may be a cynic when it comes to love (or just “love” portrayed in a movie set in high school), but the ending of the film was a complete let down and did not address the fact that Lara Jean and Peter had serious relationship issues that needed to be dealt with. Again, at sixteen years old we often aren’t developed enough to have serious conversations about our emotions, but the final scene of the movie was just too cheesy and predictable for my liking.

As you can imagine, Lara Jean kisses John Ambrose at some big ball wearing a beautiful dress but she feels no spark and instead runs off to find Peter and tells his she loves him. Before she can even get to her car, Peter is outside, waiting for her in the snow. He mutters something about remembering she doesn’t like to drive in the snow (a pretty miniscule detail to remember about your girlfriend, but Lara Jean seems to tear up over it) and then rattles off some speech about love. They kiss and make up and become the happy couple they kind of were before, but I was disappointed not to see any character development from anybody throughout the entire movie.

I may also be biased because I enjoy Jordan Fisher as a performer and actor much more than Noah Centineo (I honestly find Noah very one-dimensional as an actor), but regardless I wanted more from a movie that was almost two hours long.

My favorite part of the movie was honestly when Lara Jean and Gen discuss how their friendship deteriorated for no reason and share a vulnerable moment together in their childhood treehouse. I was yearning for more of that kind of development from all of the characters.

If you’re looking for a light, cheesy romantic comedy To All the Boys: P.S. I Still Love You may be it, but I would suggest trying to re-watch some old classics before giving this Netflix movie a try.