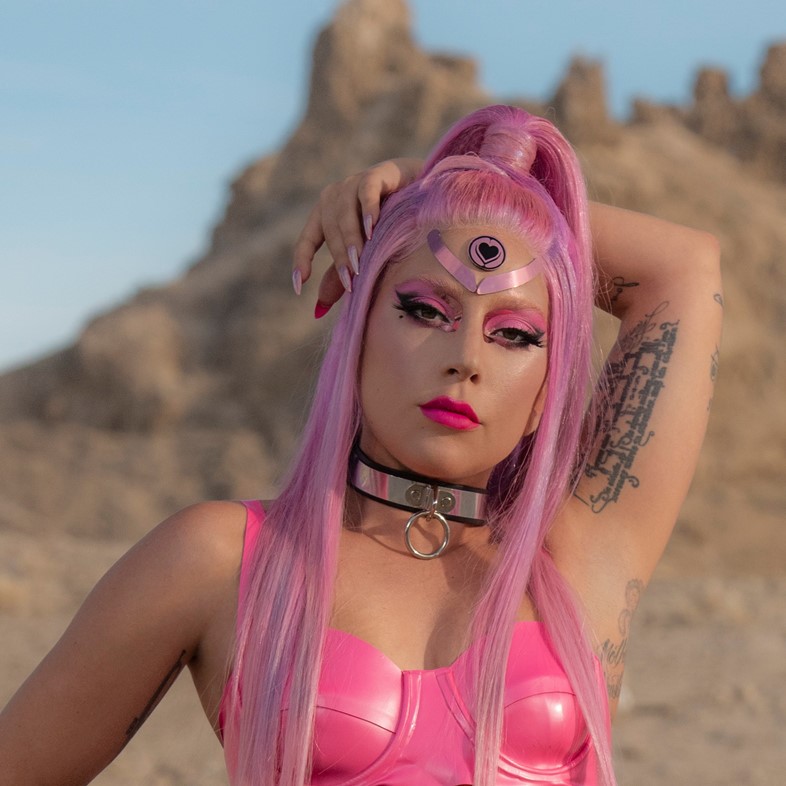 Lady Gaga is back! After her successful performance in 2018’s A Star is Born, Gaga released a new single AND music video on the same day.

Gaga released “Stupid Love” on Friday, Feb. 28 on streaming platforms, along with the accompanying music video on YouTube. Since its release, it maintained the no. 2 spot on the Spotify top 50 U.S. chart, and the music video received 14 million views.

Fans are clearly excited about Gaga’s new single and music video. This is her first individual release since the album Joanne in 2016.

“Stupid Love” details Gaga’s desire for someone’s attention and hints at her new relationship with entrepreneur Michael Polansky. She sings about internal struggles with trusting a new partner. The song highlights feelings associated with new love, as she sings. “Now it’s time to free me from this chain / Or could this love protect me from the pain?” Clearly, Gaga has some conflicting thoughts of being in a new relationship.

The song sounds like Gaga’s previous hits, but obviously more modern than 2009’s “Bad Romance.” Personally, I appreciate this ode to the past. Gaga built her career on up-beat, dance hits and most of her released songs topped the Billboard 100 chart in the late 2000s and early 10s.

Now, we must talk about the music video! Gaga appears as an alien to planet Earth with her crew of dancers. She changes between flashy pink outfits and shows off her choreography skills. The video seemed strange to me when I first watched it. It did not seem as polished as her previous music videos, like “Paparazzi” or “Alejandro” from the late-2000s. At the end of the video, Gaga reveals that it was all shot on an iPhone 11. This is so impressive because the video seems more professionally recorded.

Critics of Gaga claim that the song and music video are both “terrible” and “basic.” I think people forget that Gaga is a world-renowned star, and she can do whatever she wants. This has been Gaga’s motto since the beginning. People criticized her ten years ago for her wacky outfits and stage persona, and the criticism continues today. However, the flood of support from fans and causal listeners of Gaga is tremendous, so I am happy that people enjoy the song.

I cannot say that “Stupid Love” represents a new era of Gaga. I think the song and music video are similar to her previous work. However, this is not a bad thing. She already proved her versatility with her performance in A Star is Born.

I am glad that Gaga is back on top. I have been a fan of her since age nine, and I will always support her and her work. In the meantime, I am hopeful that she will release an album and embark on her next tour.

Overall, “Stupid Love” gives some energy and excitement to the music charts, and its release has made Gaga relevant once again.