Let’s Get Reel: ‘My Next Guest Needs No Introduction’ with David Letterman 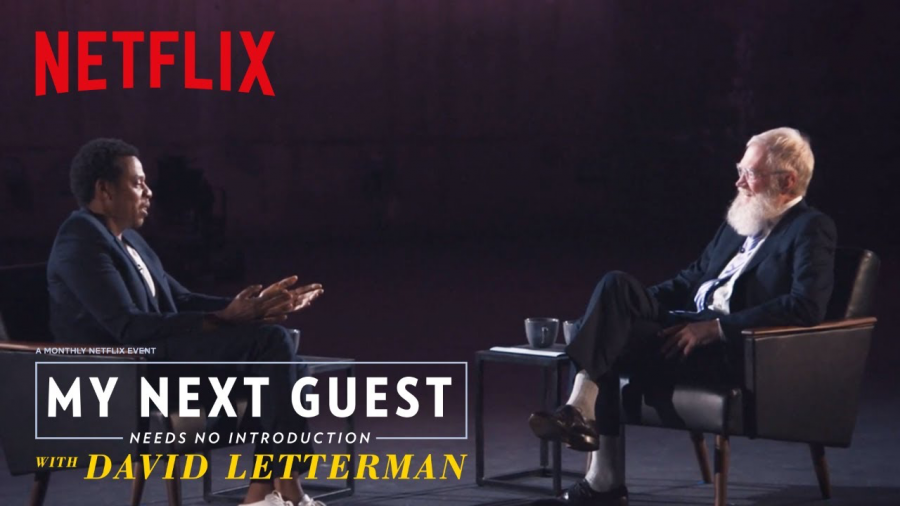 Advertisement for My Next Guest Needs No Introduction. Courtesy of youtube.com.

Season 3 of David Letterman’s, My Next Guest Needs No Introduction,  has returned to television after Letterman retired  from his late-night show  he hosted for 33 years. This series is a deep-dive into the upbringings and mindsets of interviewees from a range of personalities and professions.

This season’s guests include Lizzo, Dave Chappelle, Robert Downey Jr. and Kim Kardashian. Letterman balances well-presented interviews with activities special to the guest. Last season, racing driver Lewis Hamilton took Letterman onto the racetrack in a Mercedes to get a glimpse into the F1 racing world. The contrast between the playful activities and the seriousness of the interview makes the viewer want more by the end of the 45-minute segment.

My Next Guest Needs No Introduction is raw and intimate compared to the more comical shows we are used to seeing from Letterman. He covers Robert Downey Jr.’s history with drug abuse and how his relationship with his wife helped steer him away from relapse. Kim Kardashian is candid about her infamous robbery in Paris where she was bound and blindfolded by two men who were after her new 4-million-dollar diamond ring but left with over 10 million dollars in stolen jewelry. She also opens up about her experience during the O.J. Simpson trial and how it ended in her parents’ divorce.

As incredible as it is to see and hear these celebrities, the real magic comes from Letterman. His style of interviewing is very different from his past life as a talk show host and is a true testament to how his retirement has changed him. The seventy-three-year-old reminds one of the jovial uncle at Thanksgiving who would rather referee the backyard football game than sit and watch the Macy’s parade. He is attentive and makes interviewees comfortable, even in an auditorium filled with people.

Through this series, it is uplifting to hear Letterman talk about his role as a father, which he became at age 55. At a time like this, it is refreshing to see people take control of their lives and choose what they love over monetary gain. Letterman reintroduced himself to the younger generations through this series and does it with humor. A viewer can feel the passion he has for this work and it is incredible to watch. A job well done.