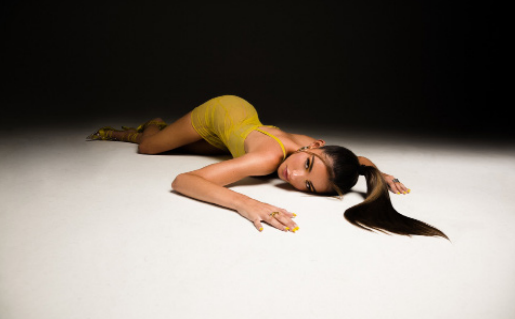 The last year, at least in my opinion, has not been the most productive in terms of the music industry. This is mostly because of COVID-19, but throughout the past year I have found myself listening to older songs in order to fill the void. However, I am glad to say that streak is now broken thanks to Madison Beer.

If the name sounds familiar, Madison Beer is an American singer-songwriter who was first publicly discovered by Justin Bieber after posting a link to one of her covers back in the early 2010s. Ever since then, she has been releasing singles but no cohesive album. Beer has also been a part of some huge projects, such as the role of voice actor for Evelynn for the imaginary K-pop group K/DA, formed by gaming icon League of Legends. I remember listening to their songs back in freshman year, but it wasn’t until recently that I developed a deep love for Madison Beer.

Life Support is her debut album, released on February 26 of this year. Over the course of the album, she finds ways to demonstrate the complexities in her life that have come up in the past year. In an interview with The Face, Beer says she was recently diagnosed with borderline personality disorder. “I did go through a break-up. I was suicidal at one point. I was going through a really tough time, and I felt like making a break-up album amidst going through such real sh-t was dumbing myself down in a way that I didn’t want to do.”

Here, Beer is coming to her own as an artist and a lyricist. The overall tone of the album is one of mysticism and empowerment. The very first song, an interlude called “The Beginning,” is something straight out of the heavens. In a way, the high floating notes remind me of something Ariana Grande would produce, and I love her music. So I knew going into the first track this would be something beautiful.

The etherealness of the album also continues into “Effortlessly,” with elegant, light harp strokes to match the long, connected notes of Beer’s voice and the background track. It reminisces an angel in flight and carries me to the deepest parts of my own imagination.

However, there are still several songs that scream strength and power. My favorite had to be “Good in Goodbye,” with the typical message of a boy that breaks your heart and knowing your own worth to not go back. The beat drops pound into your blood and your ears, driving you forward with every sharp end of her words.

There are also instances of the album being an act of multimedia. In example, her track “Homesick” features a small audio clip from the popular show Rick and Morty. It was a refreshing touch from the relatively smooth slide from one track to the next.

Life Support is a refreshing album for the new year and an authentic take on life that will help your quarantine go by a bit quicker.