I first made this recipe in early November, and it has become one of my favorite things to make since! I was able to bring a batch to campus for the last seven weeks of the school year and they have been so nice to have in my freezer. Once each roll is wrapped in tin foil and then frozen, it is easy to take one out, throw it on a sheet pan, and warm it in the oven for 10 minutes. Although the recipe I used calls these “90-minute cinnamon rolls,” that’s merely a suggestion–these taste just as good, maybe even better, if you allow them to rise for more than 90 minutes.

1/4 cup plus 1 tablespoon of butter 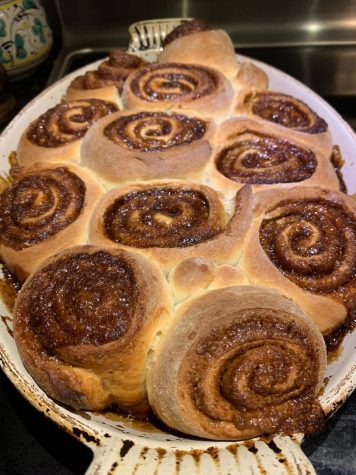 Heat the milk in a small saucepan until it slightly bubbles. Then remove from heat. Mix in butter and stir it until melted. Let the mixture cool until lukewarm.

In a large bowl, combine 2 1/4 cup flour, yeast, sugar and salt. Whisk them together. Add the water, egg and the milk mixture and beat it well with an electric mixer.

Then, add the remaining flour, a half cup at a time, using a wooden spoon to stir well after each addition. By now, the dough will be too sticky to use the mixers.

Once the dough has just pulled together, turn it out onto a lightly floured surface. Knead the dough until smooth, about five minutes. When ready, the dough will spring back when you lightly press on it.

Next, cover the dough with a damp cloth and allow it to rest on the counter for at least 10 minutes.

In the meantime, brown your butter. Place it in a small bowl or container that’s microwave safe. Cover it with a saucer or tightly-fitting cover and microwave it for 3-5 minutes. The butter should melt, pop, and then turn brown. Then, allow the butter to cool slightly. While you’re doing this, mix together brown sugar and cinnamon in a small bowl.

Roll the dough into a log and pinch the end seams to seal. Using a knife, cut the log into 12 equal size rolls and place in a 9×13 baking dish. Cover the rolls, letting them rise in a warm place until they have doubled in size. This should take at least 30 minutes.

Once the oven has preheated, bake the rolls for 17-20 minutes, or until golden. Let them cool for about 10 minutes and then spread them with frosting (see below for directions). Enjoy!
For the frosting:
Whip the softened butter and cream cheese in an electric mixer until smooth. Add the vanilla and the powdered sugar, a half cup at a time. Beat until spreadable.

Recipe courtesy of The Baker Chick. 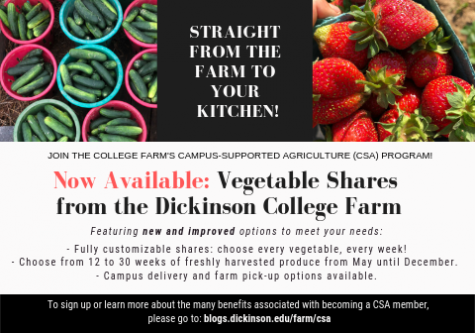