Media review: “Still Over It” 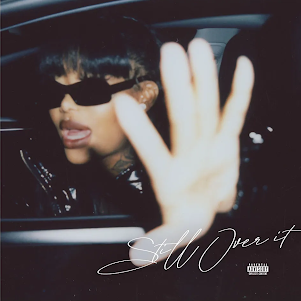 Photo courtesy of The New Yorker.

A little over two years after Rhythm and Blues artist, Summer Walker, released her debut album “Over It”, she released “Still Over It.” Many of Walker’s fans anxiously anticipated the Nov 5 release date of “Still Over It” because Walker promised a good body of work that incorporated her pains from her breakup with her ex-boyfriend and producer, London on da Track (London Holmes). “Still Over It” debuted at number 1 on the Billboard top 200 album chart and received the biggest debut of any R&B album. The album featured artists such as SZA (Solána Rowe), JT from the City Girls (Jatavia Johnson), and Pharrell Williams.

The most popular songs on the album are “No Love” and “Bitter”. “Bitter” explores the dramas of Walker’s past relationship. Walker expresses contempt for her ex-boyfriend’s bitter ex-girlfriends who instigated arguments with Walker when she and Holmes were still in a relationship. “No Love” features SZA, and they sing about their desire to be uncommitted in their new relationships after being taken advantage of when they committed to their previous relationships.  One of the most emotional songs on the album is “4th Baby Mama,” which begins by criticizing her ex-boyfriend’s mother for enabling his behavior, and she laments being abandoned during her pregnancy.

After taking her audience through her pains and hurt, Summer Walker ends her album with a prayer read by singer Ciara. The slow tempo of the music on the album complements the vocals well, as Walker uses her voice to tell a story, changing her tone and pitch to incorporate her raw emotions. Overall, “Still Over It” is a coherent body of work and is an honest portrayal of the artist’s lowest moments.