Who Run the World? Girls: Women Lead 60% of Clubs 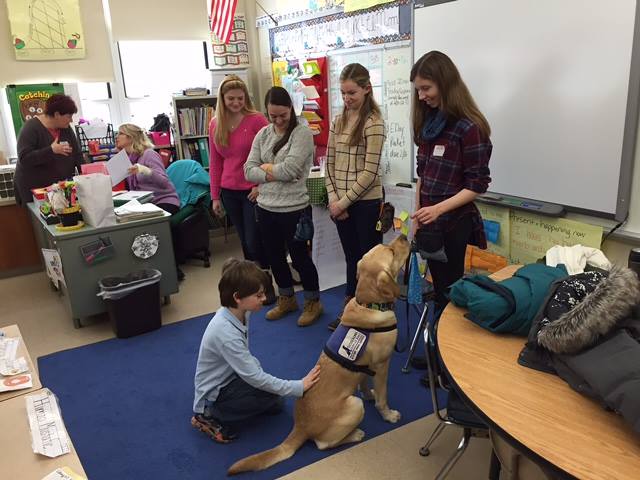 Dog House is one of the campus organizations with a primarily female leadership board for 2016-17.

Women run approximately 60 percent of campus clubs and organizations, according to Josh Eisenberg, college dean and director of Student Leadership and Campus Engagement.

However, Savanna Riley ’17, Student Senate president for the 2016-2017 school year, has “no concerns” in terms of equal representation on Student Senate. Riley said that while Dickinson is a 60/40 female dominated student body, student opinions are weighted equally in Senate. Riley placed great emphasis on the fact that “Senate is supposed to be the students’ senate.”

Colby Lutz ’19, director of Club Consulting for 2016-2017 and current first year student senator, shares the same sentiment as Riley. Lutz said, “Everyone who cares enough to come [to Senate meetings] and lets their voice be heard can be [heard]…Both sexes are well represented in all aspects of Senate.”

Other organizations do not boast the same diversity as Senate. Cody Riemenschneider ’17, head of Community Outreach for Dog House for 2016-2017, will be the first male to serve on the leadership board of Dog House. Riemenschneider’s singularity as a male in Dog House goes farther than a lack of male representation on their board.

“As far as active members, I always just considered myself the only guy in Dog House,” Riemenschneider commented. “I know the reason why some [guys] don’t want to join is because they know it’s all girls.”

Laura Slotpole ’19, dog coordinator for the Dog House for 2016-2017, echoes Riemenschneider’s opinion, saying, “I know a number of male students who want to join [Dog House], but refrain from doing so because they hear it’s a ‘girls club.’”

Slotpole says that having Riemenschneider’s presence on the board next year “will hopefully help balance the gender ratio and encourage more male students to join and stay active.”

Caleb Turner Gutwillig ’18, from Students for Sensible Drug Policy says “One of [our] principle goals is inclusivity and recognizing the extreme intersectionality of the War on Drugs. So, it is very important for our chapter to have representatives from various marginalized and oppressed groups, regardless of gender identification. As of right now, we have a very strong balance of men and women. There are slightly more women than men in the chapter. Our organization always strives for diversity and is always looking to improve.”

Gaming Club does not have the same level of gender balance.  Patrick Meier ’16 comments, “There are definitely more males than females at Gaming Club, but I see that as more of a reflection of modern gaming culture rather than campus culture,” He says,  “Our vice president is female as are a few of the regulars, but guys are definitely the majority.”

While Gaming Club has more males than females, Sustained Dialogue organization is “mostly comprised of female students,” according to Sara Johnson ’18.  “I think our organization has benefited from having members from different class years, interests, place of origins and ways of thinking. Our organization thrives on bringing people from different perspectives to dialogue in order to create an inclusive community. Also, I think it would be beneficial to have a mixed gendered group to add different perspectives in our dialogues.”

Though the numbers suggest men are outnumbered in leadership roles overall through clubs and organizations on campus, Eisenberg said that he does not think men are unheard. He also expressed that, “If [Dickinson] end[s] up with 90 percent of [our] organizations being run by women and they are all being run awesomely, who cares.”  On whether clubs should strive to increase gender quality and balance in their membership and leadership, Eisenberg states, “Clubs should encourage the participation of students who foster organizational growth and success.”

Rachael Franchini ’19, associate news editor, contributed to the reporting for this article.