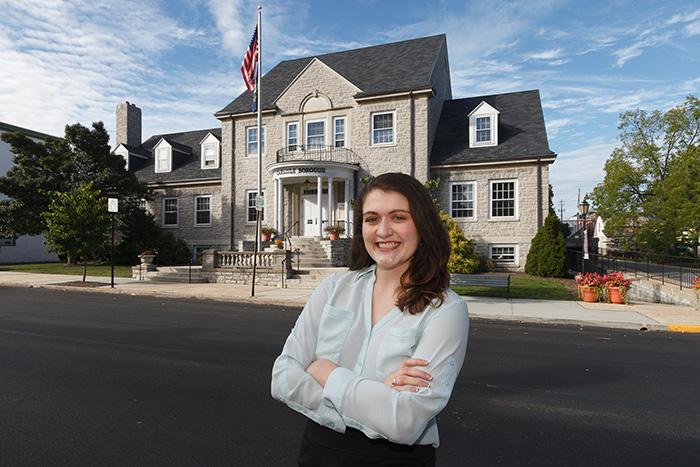 On Wednesday, the borough of Carlisle discussed the establishment of a proposed “Anti-discrimination Ordinance,” which would forbid certain discriminatory practices against LGBTQ+ members.

Sexual orientation and gender identity or expression are not presently included in the list of protected classes in Pennsylvania, despite anti-discriminatory laws on the federal and state levels.

In response, the Borough of Carlisle has proposed the establishment of an “Anti-Discrimination Ordinance,” which forbids certain discriminatory practices that are involved in housing, employment and public accommodations.

The ordinance would prohibit discrimination against all people “regardless of their actual or perceived race, color, familial status, religious creed, ancestry, handicap or disability, age, sex, sexual orientation, gender identity or expression, national origin, the use of a guide or support animal because of the blindness, deafness or physical handicap of the user or because the user is a handler or trainer of support or guide animals,” and would permit all people regardless of their aforementioned traits to reap “the full benefits of citizenship,” as stated in the ordinance.

“I think this issue is one that the borough should review because in short, it is the right thing to do,” says Carlisle Borough Councilman Sean Crampsie. “Our community has an opportunity to show that we will not tolerate discrimination. In joining the other third of Pennsylvania that has these protection[s] Carlisle will further show it is a great place to live, work and play no matter you[r] age, gender, the color of your skin or who you love.”

If passed, Carlisle would join the existing 35 of 2,566 Pennsylvania municipalities that have passed local non-discrimination ordinances as of June 2016, according to the website of the Pennsylvania Youth Congress. The website approximates that this accounts for 34% of the population of Pennsylvania.

Despite Governor Tom Wolf having signed two executive orders stating that “no agency under the governor’s jurisdiction shall discriminate on the basis of sexual orientation, gender expression, and identity, among other areas,” according to pa.gov, the Pa. Fairness Act was blocked by the Pa. General Assembly in June 2016. The act would have amended the Pa. Human Rights Act to include sexual orientation and gender identity to the list of groups protected from discrimination, according to state.pa.us.

The ordinance would also require the borough to institute a Human Relations Commission, as well as establish “procedures for filing a complaint” and provide “remedies for violations of the ordinance,” according to the ordinance document.

Interim-President Neil Weissman wrote a formal letter in support of the ordinance which was read aloud at an Employee Relations and Citizen Participation Committee meeting at Carlisle Borough Hall on July 28. The full letter can be found on page #5. A number of Dickinson students also shared their thoughts during this meeting, according to Tyler Miles of The Sentinel.

If you would like to submit your view to the discussion, you can write letters to the Council and drop them off to the Student Senate and/or SLCE office for delivery. In addition, if you would like to email the Council members individually you can find their email addresses at www.carlislepa.org. The full ordinance document can be found at http://www.carlislepa.org/wp-content/uploads/2016/07/Redline-Human-Relations-Commission-Ordinance.pdf.