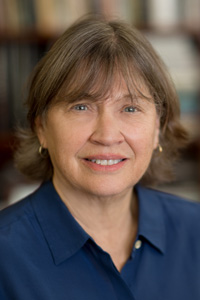 A speaker invited to campus by Dickinson’s history department said that “race is a myth, race is a fiction” in a recent lecture, then asserted that the effects of race and racial identities are real. The event received mixed reactions from attendees.

Professor Jacqueline Jones from the University of Texas discussed her ideas in a talk entitled “The Idea of Race as a Political Strategy” on Thursday, Feb. 21, to a full audience in the Stern Great Room.

Jones, the author of “A Dreadful Deceit: The Myth of Race from the Colonial Era to Obama’s America” spoke about different ways race has been used throughout American history to discriminate against people of color, but she mainly focused on the era of slavery.

Students who attended the event had mixed reactions to the presentation.

Matt Turk ’22 said that Jones “spoke very mindfully of how people would react to what she was saying because she understood how to convey her message to the audience.” Turk continued that he liked the structure of Jones’ speech because “it felt like a real talk from someone that knew both how to present or speak in public and relate to people.”

Peter Gaston ’22, who agreed with a majority of Jones’ points, said he “didn’t necessarily agree with how she minimized the role of ‘race’ because there’s no way to get around the horrible racist acts of the slavery time period and after.” Gaston said he thought Jones should have talked about how to promote positive change in the future “instead of repeatedly supporting her argument about the past.”

Other students were confused by Jones’ points.

Jake Atticus ’22 said he was confused by Jones’ claim of race as a myth before “she went on to say how prevalent it is in today’s society.”

Makeda White ’20 said she did not agree with some of Jones’ points, she did appreciate the speaker’s efforts to use philosophical and progressive explanations. “I was trying to wrap my head around how we could dismantle a term that formed the ways we shaped our identities, our perceptions of others and our power dynamics that are structural and social.”

“I was mostly confused because her points were unrealistic and invalidated many groups of colors’ experiences by diminishing race as the main factor,” said White. “To say that race isn’t the real issue is to invalidate the ways that [race] has been the justification for oppression…”

The event was part of the department’s annual Pflaum lecture. According to the Dickinson College website, the Pflaum lecture started during the 1971-72 academic year in honor of John C. Pflaum, a faculty member in the history department from 1946-72.