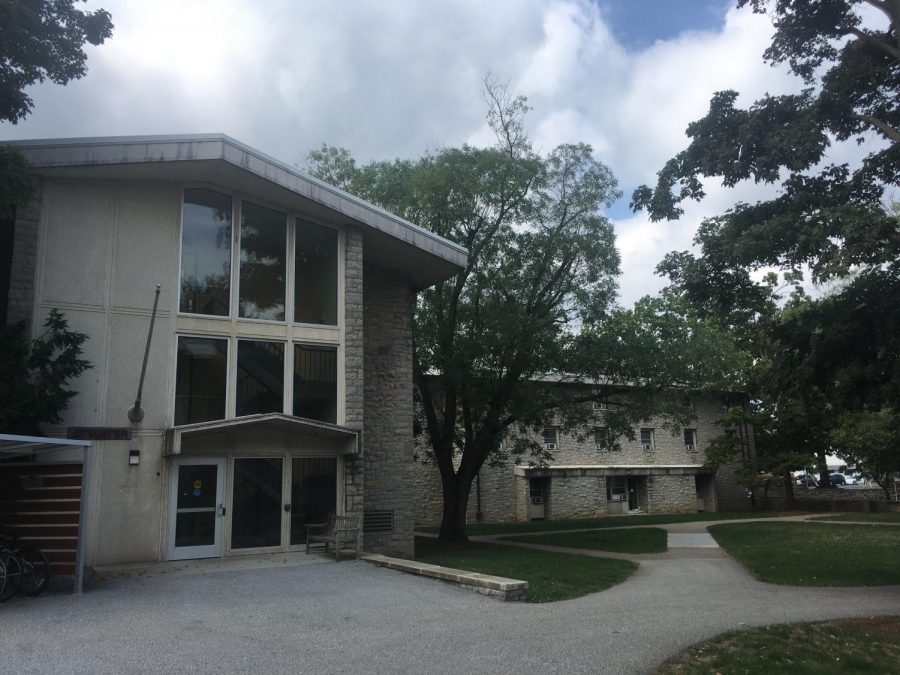 Associate Vice President for Campus Operations Kristen Kostecky added “These res[idence] halls were chosen because they typically house first year students. The additional beds were not needed and the numbers matched up pretty closely.”

Associate Dean of Students Angie Harris explained that the decision to close the first-year buildings was made because “we [Residence Life and Housing] want first-years to be together, and all of the upper-class students already picked their spaces, so rather than spread out the students, we decided to close the buildings and that would allow the first-years to stay together.” First-year students are currently housed in Davidson-Wilson, Baird-McClintock, Drayer and Adams Halls. She continued that the closed buildings were chosen amongst all first-year buildings because “they are definitely the three smallest” of the first-year buildings. “We wanted the math to work out and mathematically that made the most sense,” Harris continued, “it made sense that if we wouldn’t need the beds then we would consolidate that and try to save money on utilities.”

Associate Vice President of Sustainability and Facilities Planning Ken Shultes explained in an email that he “expect[s] the utility savings to be approximately $20,000 this year.” He continued that this cost is inclusive of housekeeping and general maintenance of the buildings, as well as utilities. “We did not eliminate any staff positions as a result of the vacancies, since the buildings are only vacant for 2 semesters, and therefore the savings really come down to utilities.”

Shultes continued that another reason the particular quad buildings were chosen for deactivation this year is that “the Quads […] are marginally more expensive to support in terms of utilities than other residence halls.” Shultes continued that, while each residence hall operated by the college has slightly different operational costs, namely for water, electricity, and heat, which depend on the exact systems in place for each building to meet those requirements. However, not all of the buildings on the quads “are not fully connected to the college’s Central Energy Plant, which is a more efficient system for heating and cooling the buildings,” which contributed to their temporary deactivation. Kostecky echoed this sentiment, noting that because they are not connected to the plant, “we will see some energy savings.”

Shultes added that the buildings cannot be completely shut down. The buildings “need to maintain space temperatures at a certain low level in order to avoid moisture issues in the buildings, or plumbing freeze-ups in the winter.” Because the buildings still require some energy input despite not housing students, Shultes noted that “the impact of the vacancy is not as straight forward as eliminating the utility costs for 12 months. […] “Also, Facilities Management does plan on making upgrades in the vacant buildings to the extent that funding will allow.”

Kostecky continued that the college is “hoping to do some work in these buildings while they are closed.”

Harris explained that the planned work will consist of “some minor upgrades to those buildings. There won’t be anything drastic.” She continued that Atwater Hall had already seen some minor renovations over the past summer, and that having the buildings closed for a year presents an unusual opportunity for some more extensive work. “We have people living in them almost year-round because of students living in them during the academic year and in the summer,  we use them for camps and conferences, so they don’t really get to rest,” Harris said “This gives them the opportunity to rest so we can go in a do some work, even though it’s not major work.”

Harris continued that, “although around half of the Quad residence halls are closed this year, “we still describe it as the Quads, when we welcomed all the first years we said ‘Welcome to the Quads.’ We don’t necessarily describe the area as upper and lower quads anymore but Baird [-McClintock] and DAWI [Davidson-Wilson] being the two first-year buildings, those are the quads.”

However, the closing of the Quad residence halls also affected incoming RAs, as, due to the smaller incoming class and associated housing changes, fewer RAs were needed than anticipated. The number of students in the incoming class was not finalized until after new RAs had been hired, and “by the time we did first-year housing we knew [that the dorms would be closed], the decision was made probably in May. The part that took us the longest to figure out was we hired RAs for those buildings, so we had to reorganize the RA structure and that took some time, but we did that first because first-year housing doesn’t happen until July.” Harris continued that no RAs were let go over the issue, rather Residence Life and Housing declined to fill positions if RAs resigned over the summer, and relocated others as needed.

Additional reporting for this article done by Jacob DeCarli ’22.