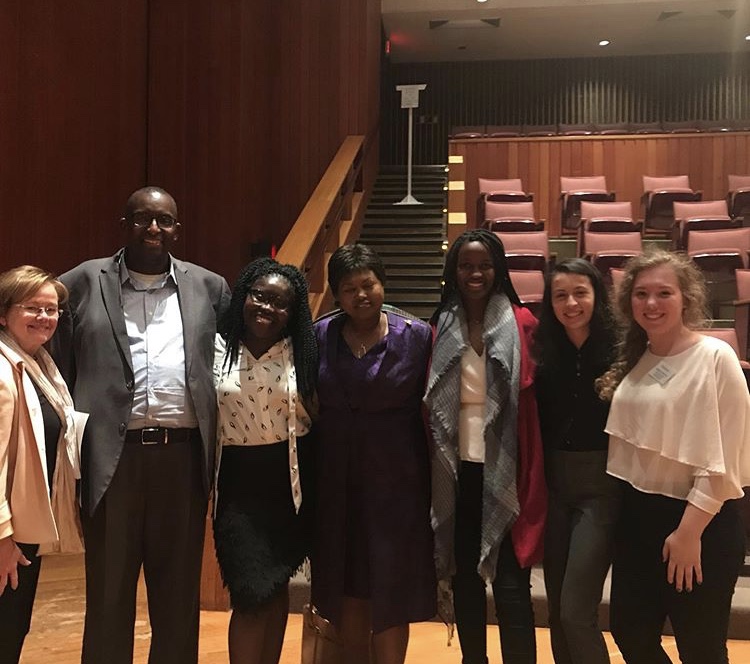 Dickinson College hosted a panel which reflected on the 25th anniversary of the genocide of the Tutsi peoples in Rwanda, specifically on the rebirth of the nation post-genocide.

College President Margee Ensign, Ambassador of the Republic of Rwanda to the U.S. Mathilde Mukantabana, Nelly Teta ’22 and Visiting International Scholar of Philosophy Jean-Pierre Karegeye were all on the panel. All four panelists had a connection to Rwanda.

Amanda Sowah ’22 introduced for the panel and gave background information about the genocide’s history.

Karegeye served as the moderator for the panel. He explained the format of the panel where each panelist had 15 minutes to talk about their experiences and perspectives of Rwanda.

Mukantabana started her presentation with gratitude towards the privilege of speaking in the United States about Rwanda and its rebirth.  She also thanked Ensign for her role in Rwanda’s recovery.

Part of Rwanda’s growth involved the unification of its population. Mukantabana explained an initial start to the unification was the involvement of 600 Rwandan men that helped to save the country during the genocide when the United Nations pulled peace keeping forces out. “Rwandans became agents of their own destinies,” she said in reference to the new era of Rwanda. She also talked about the country’s role in peace keeping. “[We] try to build the governance of peace wherever we are,” she said. Mukantabana reflected on the youth’s role of reforming Rwanda. “They are pushing our nation to go above and beyond,” she said.

In 2000, Rwandan President Paul Kagame established “Vision 2020,” which included goals for the country to become middle-income and provide better educational opportunities, health care, and overall unification for the citizens. Mukantabana mentioned the success of Vision 2020 and explained the plan for a “Vision 2050” that will encourage people of Rwanda to reclaim their strong identities.

Ensign then transitioned the discussion towards progress and hope. She emphasized the role of the Rwandan people in rebuilding Rwanda through Vision 2020. Ensign discussed some of the successes of Vision 2020 including the establishment of community-based health insurance, high rates of immunization, improved food security, improved gender equality and an increase in life expectancy. Ensign especially stressed the growth of gender equality in Rwanda, where over half of the parliamentary seats are occupied by women. “When women have access to proper health care and education, important things happen,” Ensign said.

Teta ended the discussion with a post-genocide generation perspective. She described how her parents grew up in Rwanda and why she is lucky to call Rwanda her home. “We have a newly formed identity,” Teta said. She then talked about her privileged opportunity of studying in the U.S., with a goal of bringing knowledge that she learned back to Rwanda. “I truly believe I can do the most for my country when I grow up,” Teta said and continued with her emphasis on youth involvement in Rwanda’s recovery.

After the presentations, Karegeye introduced two students that went to Rwanda last summer for the Spring 2019 mosaic, After Genocide and Apartheid. Mosaics are international research trips for students to do Ethnographic research. Joanne Adebayo ’21 and Emily Padalino ’20 both read letters about their experiences in Rwanda.

Students had positive remarks about the panel. Mohala Kaliebe ’22 said she was not familiar with the genocide and that she appreciated the various perspectives of the panel. “It was very interesting to get these different perspectives and watch it blend together in that way,” she said. Krisha Mehta ’23 said that the panel was informational. “It was really interesting to see and understand something I’ve never completely understood,” she said.

Rose Lang Zalph ’21, one of the students that went on the mosaic trip in Rwanda, reflected on the importance of the panel. “It’s an opportunity to make students more aware of the genocide, and it’s imperative for society today because the country has done so much to rebuild,” she said.

“Rwanda 25” took place in ATS on Monday, Dec. 2 at 7 p.m. The Clarke Forum sponsored the event and it attracted an audience of 100 community members, students and faculty. 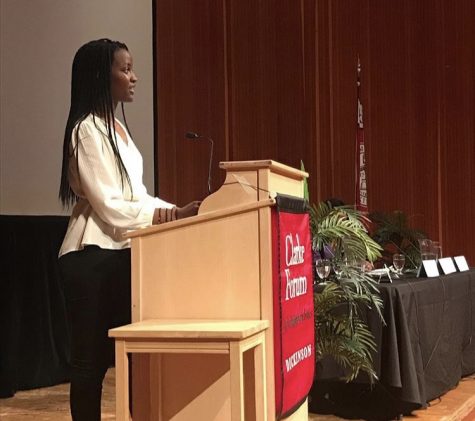