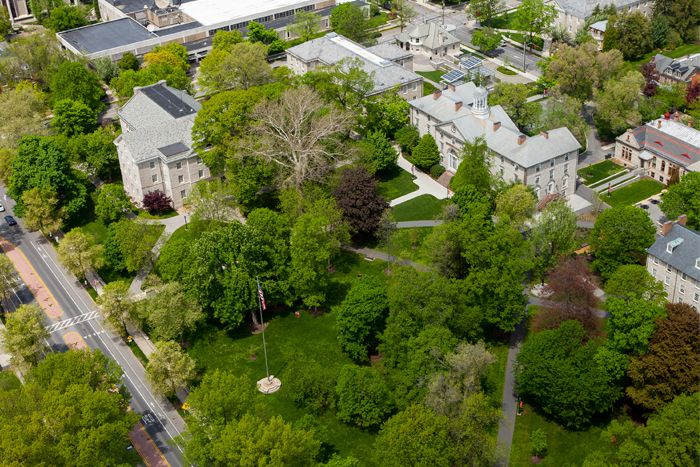 Due to the ongoing effects of the Coronavirus, Dickinson has faced a multi-million dollar impact to the budget.

Brontè Burleigh-Jones, vice president for finance and administration, told The Dickinsonian that in the spring semester the college lost approximately $8.5 million – $7.5 million in room and board and another $1 million from other revenue sources such as events, catering, and dining revenue. She added that the fall semester will likely see double the losses of the spring semester in addition to a loss of  approximately $1.5 million due to canceled summer programming.

The revenue loss comes at the same time as the college faces increased costs with appropriately handling the pandemic and developing a sufficient remote learning experience for students.

Gaps in revenue were partially covered through budget cuts. “College departments made a tremendous effort to reduce costs for the second half of the spring semester, which helped reduce, but not eliminate, the funding gap.  We still had to rely on CARES [Coronavirus Aid, Relief, and Economic Security] Act funding from the federal and state government and operating reserves to close the gap,” Burleigh-Jones said.

“The college’s foresight in building operating reserves puts us in a unique position to address revenue shortages compared to peer institutions,” said Burleigh-Jones. The college also anticipated that a larger number of students would take a leave of absence or defer enrollment than actually did.

Despite both the lost revenue and increased costs, Dickinson committed to freeze tuition price for the 2020-2021 academic year. “We know many of our families have been impacted by the pandemic, and, in recognition of that fact, we decided this spring to hold tuition steady for this year,” said Burleigh-Jones. The school also waived the student activities fee for the fall semester.

Budgets for clubs are also down for the semester, as Student Senate has far fewer funds at their disposal this year. Jacob Kaufold ’21, e director of financial planning for Student Senate, said that they would “probably be trying to reduce across the board” and that the reductions would be “up to 45 percent.” He emphasized that the budget previously adopted was no longer a sustainable option for Student Senate and with many events online there would not be a need for as much funding.

HIring practices have also been impacted due to the pandemic. At the beginning of the crisis the college committed to retain all full and part time employees with full pay and benefits until the end of the 2019-2020 Fiscal Year, which ended on June 30. Since the end of the fiscal year they have not been able to keep the same practice, though all employees impacted are receiving a 30-day notice. Burleigh-Jones noted that “staffing adjustments for the fall impacted 96 out of 882 employees, with another 19 vacant positions being frozen for new hires.”

Dickinson has also been unable to employ students from states where they are not registered as an employer. The college registers as an employer only in states where there are significant numbers of employees because of limited resources to file returns. The college is registered in 15 states at present, and pursuing registration in six more, according to Burleigh-Jones.

Burleigh-Jones remains optimistic about the endowment. Despite a loss during the quarter that ended on March 31 this year, “our endowment is structured and invested in a way which minimizes the downside risk and has allowed us to recover losses quickly. We continue to receive June 30 valuations for our private equity investments, but we expect to have positive returns for fiscal year 2019-2020.”