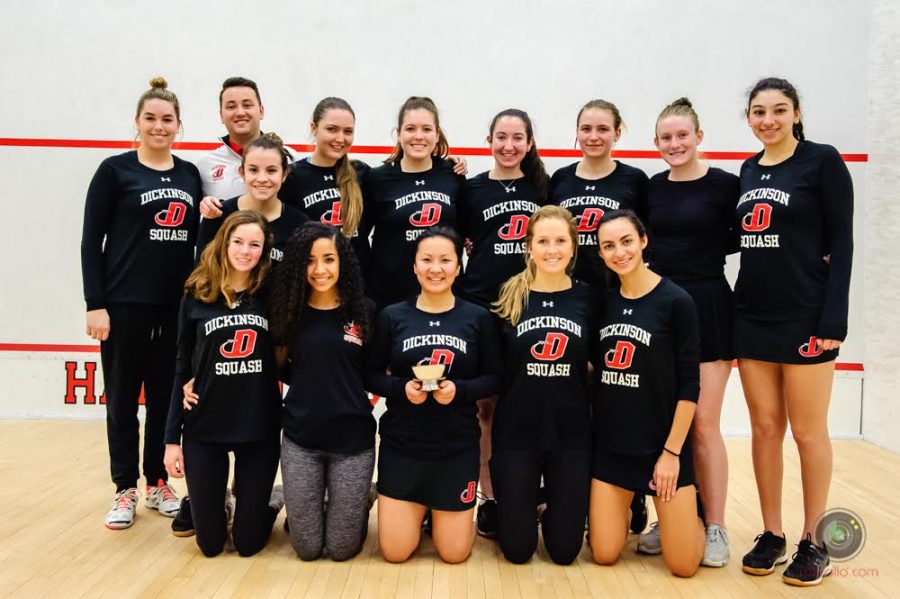 President John E. Jones III received a letter from attorney Arthur H. Bryant and his team on Thursday, September 9th, stating that Dickinson College is in violation of the federal Title IX statute due to the school’s decision to eliminate the men’s and women’s varsity squash teams. This action occurred only weeks after the college announced the decision to convert both programs to club status following the 2021-2022 academic year.

Bryant, of the legal firm Bailey Glasser LLP, said in the letter that he has “been retained by members of the women’s varsity squash team to prevent their team’s elimination and, if necessary, pursue a sex discrimination class action against Dickinson College.”

The letter states that Title IX of the Educational Amendments of 1972 requires colleges to provide athletic opportunities for men and women “in numbers substantially proportionate to their respective enrollments.” If this bar is not met, wrote Bryant, then “colleges cannot eliminate sports for which interest, ability and competition are available.”

According to the data published in Bryant’s letter, Dickinson’s overall student proportion of women to men is 57% to 43%. However, the school’s athletic participation is the opposite, with 57% of roster spots occupied by men and 43% by women. Given this information, Bryant argues that the “elimination of the women’s squash team is a clear and obvious violation of Title IX.”

Eloise Nimoityn ’22, co-captain of Dickinson’s women’s squash team, believes that though the program only started in 2014, “the team has gotten a lot stronger over the years,” with players recruited from all over the world, including New Zealand, Egypt, India, Pakistan, and Columbia. She also cited how the current men’s and women’s teams reached top-25 rankings in recent years.

Bryant has extensive experience working with Title IX cases, having argued the first case involving Title IX in collegiate athletics in 1982. Rachel O’Brien ’22, a member of the women’s squash team, noted that his level of experience was the primary reason for choosing him. She says Bryant and his firm “are very passionate about gender discrimination.”

O’Brien also adds, “even if [Dickinson College] reinstates the women’s squash team, they are still in violation of Title IX.” Her teammate, Courtney Trail ’22 agrees. “This is much bigger than the squash team,” she says. Indeed, the potential lawsuit may affect more than squash. In a recent, similar case handled by Bryant and his team, the University of St. Thomas not only reinstated its women’s tennis team, but also agreed to develop a gender equity plan to come into full compliance with Title IX.

When asked whether he believed Dickinson would reverse their decision in response to the threat of a lawsuit, Bryant replied, “all I can say is that is up to Dickinson.” In his eyes, “Title IX is the law…Dickinson doesn’t really have any choice on whether to comply.”

When reached for comment, Kendall Isaac, the college general counsel, said that “it would not be prudent to speak publicly about the matter at this time,” but that the college is currently in discussions with Bryant and his team, and expects more communication about the future of the squash program to be forthcoming.

According to Bryant, his team met with Isaac on Wednesday, September 15th. During the meeting, Isaac communicated that the college was “interested in resolving this without the need for litigation.” Considering this cooperation, Bryant is “cautiously optimistic” that the team will not have to go to court. In the meantime, O’Brien says, “this whole thing is making [our team] work even harder.”