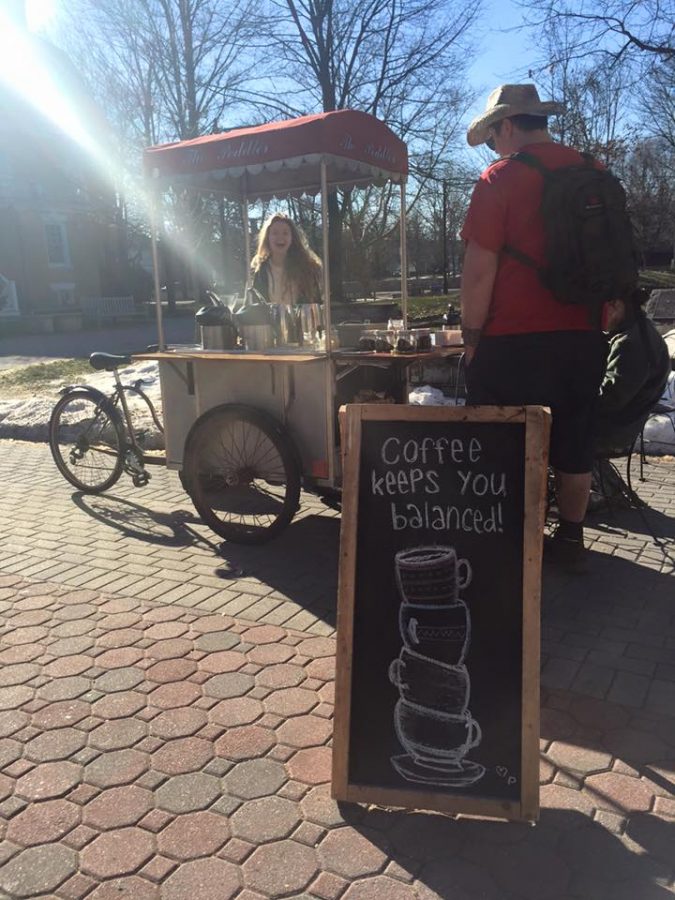 The Idea Fund pre-orientation group has generated some great ideas, though current projects are being kept in secret whilst under development.

The Peddler coffee stand is one of those ideas that came from the program. Coffee is biked around town to be sold and enjoyed on the go.

“The Peddler started as a Kickstarter Idea and is now totally independent of us,” said Elizabeth Harabuda ’19, co-leader of the pre-orientation for the Idea Fund. “It’s self-sufficient.

Harabuda came up with her own idea her first year in the pre-orientation. She wanted to make a vending machine on campus that contained school supplies, however several problems came up in development. There would need to be vending machine staff to restock, a supplier of materials and superior convenience. Ultimately, the idea was not implemented, but bringing it through the process helps students see all the workings behind making an idea a reality, says Harabuda.