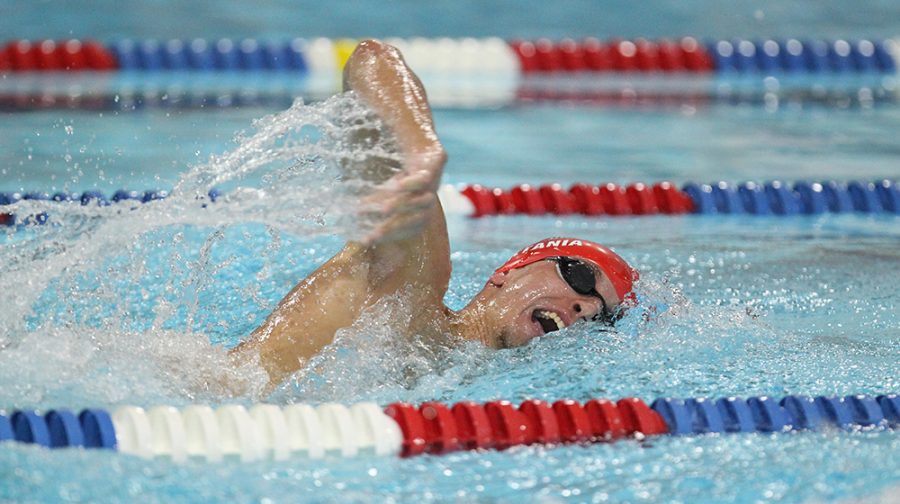 This past weekend, Saturday, Nov. 17, the men and women’s swim team took on Division II Bloomsburg at home for their final dual meet on this semester. Both teams fell, the men 71.5-132.5, the women 49-150 but put up the best fight that they could as a team.

The day started off with the 200-medley relay. The men came in third in this event but the men had a few first-place finishes on the day. The first came from Will Freeman ’20 in the 400 Individual Medley with a time six seconds faster than the person to come in second place behind him. He was followed right on the heels, by Tyler Catania ’21 who had an amazing comeback to win the 200 butterfly.

Catania commented on the day “Bloomsburg is always a good meet because it gives us the opportunity to swim against a Division II team and see what we are capable of before we go into Gettysburg Invite.” Logan Cort ’22 captured the 500 freestyle as well as the 1000 freestyle and was followed by Freeman in the next event, the 200 breaststroke who also had a first place finish in this event.

The final event of the meet, the 200-freestyle relay, resulted in a second place touch by Ben Shoul ’22, Catania, Cort, and Damon St. Prix ’22. The men had an excellent showing on the day.

After the meet, there was a celebration for Coach Richards and his achievement of 500 career wins in his coaching career. Richards reached this achievement Friday, Nov. 8 against Bryn Mawr College with a win from the women’s team.

He will continue his career with the Red Devils.