The Houston Astros have faced many accusations and consequences regarding their 2017 World Series Run. 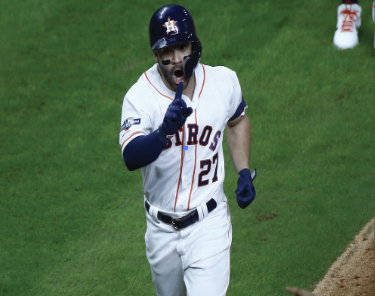 Recently, the Houston Astros of Major League Baseball (MLB) have been accused of illegally stealing signs from other teams during their World Series run. Mike Fiers, who was a pitcher on the Astros during the 2017 season, revealed to journalist Ken Rosenthal and Evan Drellich of the illegal acts conducted by the team.

An investigation was opened by the MLB and found that the Astros illegally used a camera system to steal signs during the 2017 regular and postseason, a season in which they won the World Series.

The MLB decided to suspend general manager Jeff Luhnow and field manager A.J. Hinch for the entire 2020 season for a failure to prevent rules violations. The club also was fined the league maximum allowable of five million dollars and forfeited their first and second round picks of the 2020 and 2021 drafts.

Despite dishing out heavy penalties, the league did not deliver any individual player fines or suspensions. The league has also dealt with criticism based on their decision to not remove the Astros as 2017 Champions.

The Astros had been speculated to have been sign stealing for the past several years which led to the hefty fines. Many players and members of the MLB community believe Astros second baseman, Jose Altuve, should have been faced with punishment.

In 2019 Jose Altuve hit a walk-off home-run off of Yankees pitcher Aroldis Chapman. Following the play, it can be seen that Altuve signals to his teammates to not rip at his shirt, potentially to not reveal the buzzer he had been wearing that alerted him to the incoming slider.

Cody Bellinger, Dodgers star outfielder as well as other players have criticized Altuve and other Astros players for their handling of the situation. Bellinger has criticized the MLB for not taking more severe actions against the Astros and Altuve.

It will be interesting to see if any more comes from the Astros scandal. Will more punishment be dealt from the MLB? Or will other information come out of other teams using technology to steal signs?