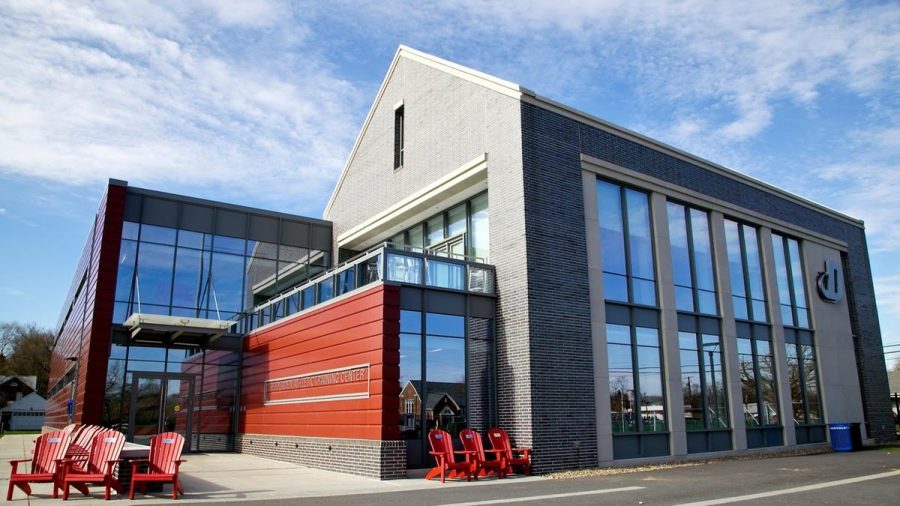 After a pause in numerous athletic seasons, Dickinson’s student athletes have found new ways to stay in shape after the college’s decision to move the fall 2020 semester online on July 15.

The fall semester includes sports such as field hockey, football, track and field, and swimming, alongside many others. Despite the sometimes limited access to facilities and options for training, many athletes are making attempts to stay in shape during this time. Some athletes are even hoping that their seasons will continue as planned during the spring 2021 semester.

“I feel lucky to have access to a pool at the moment knowing lots of teammates and peers don’t,” said Reid Schattgen ’23, who is a member of Dickinson’s Men’s swim team. “Each morning I have been going on runs and doing body weight workouts since I cannot go to the gym.”

Hadley Starr ’22, who swims on the Women’s team, said “Even though I would rather be training with my team, I have continued to swim in hopes of being able to have a season next semester.” Starr also said she has also been cross training by running and cycling.”

“I’ve been just trying to focus on the shortcomings of my indoor season,” said Kacper Rzempoluch ‘21, who is on the track team. “Really trying to workout smarter currently especially since I️ have half the equipment that I️ usually work with.”

The college’s decision to go online came nearly a month before the Centennial Conference’s announcement to cancel all fall and winter intercollegiate competitions. The Centennial Conference is also made up of other nearby private colleges such as Franklin and Marshall, Gettysburg, Haverford, and Johns Hopkins. The Conference’s update stated that its Presidents Counsel made its decision “with the health and safety of students, faculty, staff, and campus communities as its top priority.”

“I don’t have any gyms open near me so a big part of preparing for the upcoming season is running outside, kayaking, and swimming,” said Gabby Servain ’22, who plays on the college’s women’s basketball team.

“Our coach has given us workouts and lifts that we can do while we’re at home,” said Alexandra Colby ’22, who is on the track team. “It’s definitely not going to be the same, but the best we can do is to push ourselves so when we do come back to campus we will be ready for our season.”