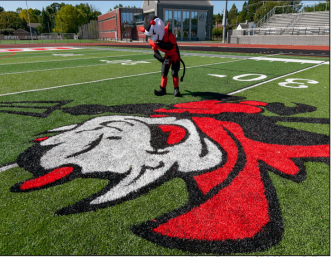 After careful consideration, the Centennial Conference and the President’s Council have decided to allow competition for Spring sports this year. After being postponed for multiple weeks, the decision has finally been made.

Although this decision has been made by the Centennial Conference as a whole, individual institutions will still hold the final say over the decision to participate in competitive athletics. Furthermore, it has been announced that these decisions can change as we move forward dependent upon the state of Pennsylvania alongside restrictions and regulations regarding the pandemic. A competition schedule will be released as well as a format for how championships will occur in the coming weeks.

This decision has received positive feedback from athletes on a variety of teams. “We’re honestly just so grateful to have the opportunity to play competitively again together. Right now, it’s just about finding a good rhythm for us and staying committed to improving as much as we can” commented Drew Stern ’22 of the Men’s golf team. This comment was mirrored by Kacper Rzempoluch ’21 of the Men’s Track Team, “I am so excited to have an opportunity to complete my four years at Dickinson College on one final season with my team. I feel as if this decision has given meaning to training for all the sports teams.”

Dickinson Athletic Trainers are also looking forward to having teams practicing and competing again. “I’m super excited about the return of spring sports. It’s been a long year of idleness, full of uncertainty, but the light at the end of the tunnel is finally here! A year of hard work, preparation, and countless meetings has led to this. Normalcy is what we’ve been striving for, and we are so close. I’m thrilled to see what our student-athletes can do in their respective sports!” said Alex Bazink, an athletic trainer

We wish all Spring Sports that are going to be competing in the upcoming months luck as we will move into the official competitive season following the completion of spring break.